If you haven't read that article, I recommend that you do as it sets out the argument for why you would want to put view controllers inside cells very well. And even if you don't need to be convinced I would still recommend as the rest of this article won't make sense if you don't 😉. 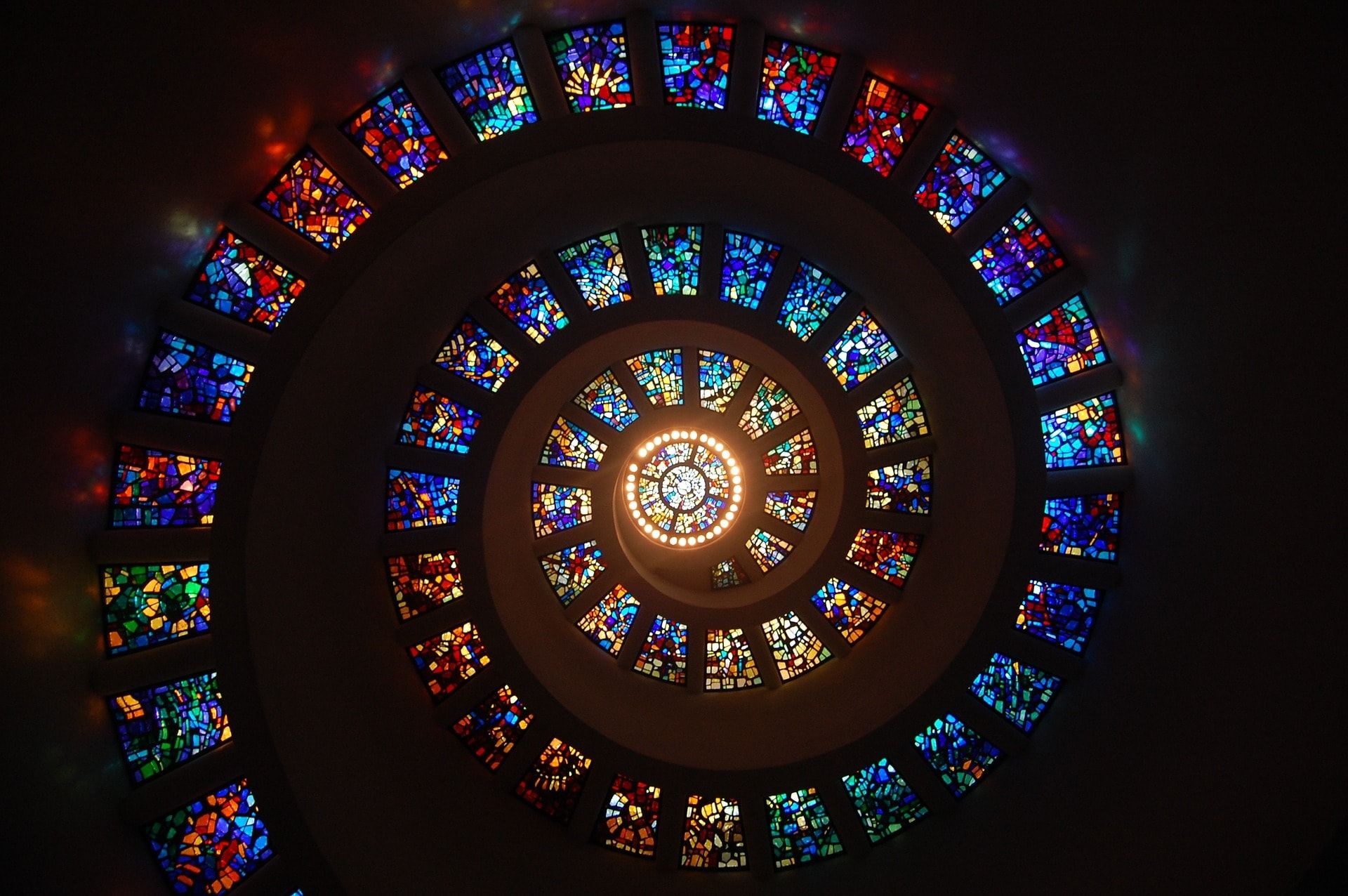 The article itself is a few years old with the examples are in Objective-C, so I converted it over to Swift and plugged the solution into my project. I ended with the following collection view cell subclass:

To begin with, this solution worked well. However, I started noticing that occasionally a cell would forget its content. It was infrequent and would be resolved by scrolling the collection view. However, I was pretty dissatisfied by experience and wanted to understand what was causing this UI breakdown.

Looking over that prepareForReuse() method, you can see that removeFromSuperview() is called to do the removing - what's interesting about removeFromSuperview() is that it takes no arguments and instead uses the soon-to-be-removed view's superview value to determine what view to remove the caller from. As a view can only have one superview if a view which already has a superview is added as a subview to a different view that original connection to the first superview is broken and replaced with this new connection. For the most part, this 1-to-M mapping between a superview and its subviews works just fine as most views once added as subviews do not tend to move around. However, cells are designed to be reused. The reusable nature of cells lies at the root of my cells forgetfulness. By using the solution above we end up the following unintended associations: 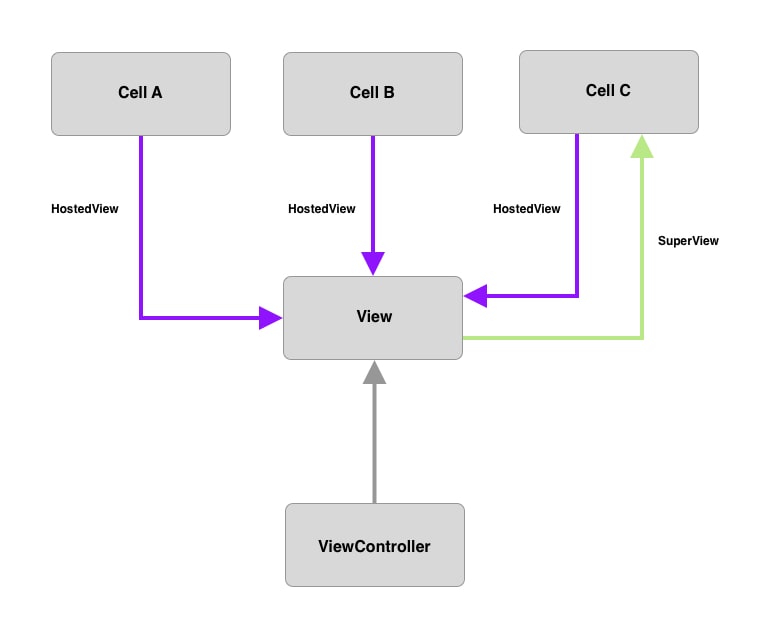 The diagram above shows how multiple cells can be associated (shown in purple) with the same view controller's view, but only one of those cells has the view of ViewController as a subview (shown in green). Because of the multiple references kept to the same view of ViewController it's possible for any of Cell A, Cell B or Cell C to remove the hostedView from Cell C by calling removeFromSuperview() in their own prepareForReuse() method. Of course, it was not intentional for multiple cells to have an active reference to a view controller's view if that view was no longer part of the cell's view hierarchy.

Once those unintended left-over hostedView references were spotted, the solution for the bug became straightforward - only remove the hostedView if it is still in the cell's view hierarchy:

So now the cell will only remove the hostedView from its superview if that superview is part of the cell. This additional if statement addresses the forgetfulness that I was seeing. However, if you queried hostedView on Cell A or Cell B from the above diagram you would still get back a reference to the view that Cell C. With the above if statement, we have only resolved part of the bug. Let's make the cell only return a hostedView value if that hostedView is actually part of its view hierarchy:

With a backing-store property it is essential that you practice good access hygiene - _hostedView should only be directly accessed in either hostedView or _hostedView everywhere else should use hostedView.

You can see that by truthfully returned hostedView we have added a lot of complexity to our cell, but none of that complexity leaks out and we can have confidence that hosting a view controller's view won't lead to unintended consequences.

Seeing the 🐛 for yourself

If you want to see this bug in the wild, you can download the example project from my repo. In that example project, I've added logging for when the view controller's view isn't a subview on that cell anymore so that you can easily see when that bug would have happened by watching the console. If you want to see the bug's impact on the UI, comment out the isDescendant(of:_) check, in HostedViewCollectionViewCell.